MIFID II – Out of the Box Thinking Needed 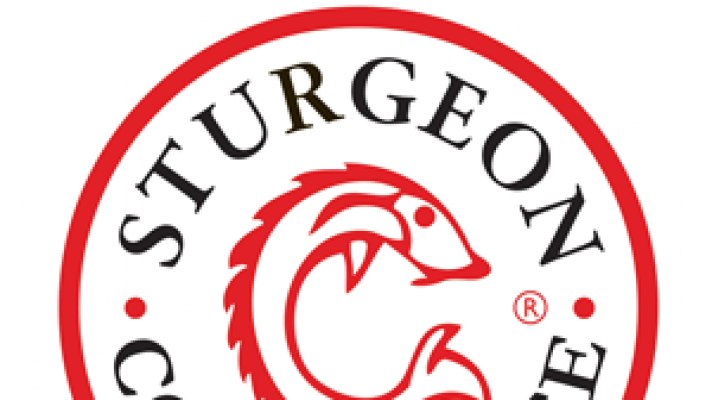 CONFLICTS OF INTEREST UNDER MIFID II – an enhanced way of thinking… “potential conflicts” let’s help each other build a true Regulatory Ecosystem.

Conflicts of interest is an aspect that is – although necessary for investment firms’ compliance processes – often considered after the event. It is hard to remember in the heat of the action and because it is not always easy to define, it is not the first thing that a commercial team will think about.

Under MiFID II, set to come into force on 3 January 2018, the rules on conflicts of interest will require firms to examine their processes in much more detail.
Under the current MiFID regulations, firms are already obliged to properly manage conflicts that could arise between their clients and themselves, or between separate clients. This involves constructing a comprehensive policy, initiating conflict management and disclosing any potential conflicts to clients. This is an area often especially in corporate finance advisory firms that is forgotten…we remind our incubated clients to review each client whilst considering the ones one already has.
Many firms are of the belief that most elements stay the same in terms of requirements for conflicts of interest under MiFID II, however the rules are a lot stricter regarding the depth of detail that is required.
For instance, MiFID II will require firms to assess all risks instead of just “material risks” as they are currently required to do under MiFID. It is also apparent that, to date, firms have depended too much on disclosing risks (and not dealing with their mitigation), as opposed to managing them or even managing the potential of arising conflicts. It is the “potential” that will require a fresh way of thinking about conflicts that is the new way of looking at it. Out of the box thinking will be key, not a common feature in our industry and why a conscious Regulatory Ecosystem is key.
This is now required and will stretch resources especially in mid-sized firms, as this will need to be documented and demonstrated as having been done each time a new client is signed up.
In addition, a report on conflicts must be provided to senior management at least annually, which is also when firms must consider and review their conflict policies. As the market knows, these reviews often lead to few, if any, changes and thus why they are often missed, delayed or forgotten. Since MiFID II requires firms to explain their actions on a much deeper level when they identify and manage potential arising conflicts, those annual reviews will need to be done and catalogued properly with evidence of reasonable thought and consideration having been given to the issues of all conflicts affecting the firm. The exercise is probably going to involve asking various members of staff to assess as broadly as possible where conflicts lie or may arise. This can be done through regular questionnaires which staff can feed back to the compliance team. The questionnaires will, in turn, be brought back to the attention of senior management and should lead to more scrutiny of the firm’s policies and a useful review and/or expansion of disclosures included in documentation.
Moreover, firms that offer corporate finance services (e.g. pricing, placing of securities, underwriting, etc.) are exposed to additional measures (set out in Art.38-43 in MiFID II implementation regulations), which adds to their burden in view of their activities.
In essence, to ensure that a firm is MiFID II-ready, it must be certain that its current conflicts of interest procedures are robust enough and, if necessary, expand them. It is also important that firms review – and if need be – expand their register of conflicts to not only include “material”, but all potential risks. This involves not just adding words into policies and forms but ensuring also that staff undergo conflicts training to strengthen their understanding on identifying and managing conflicts and what policies and procedures to follow.
Disclosure of conflicts should no longer be used as a default option, but instead only when absolutely inevitable, as a means of last resort.
Disclosing a conflict of interest is not a way of managing that conflict properly and disclosure can only be used when the firm’s administrative arrangements to manage conflicts are inadequate or have failed. Where a firm relies on disclosure, it is obliged to state clearly that the organisational and administrative arrangements put in place to prevent (or manage) conflicts are not sufficient to make certain – with reasonable confidence – that the risks of any possible damage to the client’s interests can be prevented. Whenever conflicts are disclosed, these conflicts will be liable to additional obligatory requirements. If a disclosure is made, for example, it must be in a durable medium and entail sufficient detail to allow the client to make a well-informed decision concerning the service in the context of which the conflict arises. This, in itself, will probably add more compliance work throughout the year to a mid-sized firm and more for a larger firm.
In this regard, MiFID II should end up causing a change in culture, which is the aim of the regulators. We see culture building as a key driver in Regulatory Incubation, instilling a culture of compliance from a firm as tiny as one person.
The combination of market-abuse rules and MiFID II enables the regulator to view the market as a whole and be much more rigorous in identifying breaches of their rules. It will allow the Financial Conduct Authority in the UK detect serious conduct – especially suspected manipulation – one hopes much earlier than before.
The number of investigations the regulator has currently on its books is at an all-time high, according to reports. There has been an increase of 75% in the probes taken by the regulator according to releases this year, partly due to a new system that counts every individual instead of every matter.
So in the last remaining months, do add time for assessing your conflict of interest policy, procedures, training and risk register to include the assessment, and start in a new fresher way – to think out of the box, of what can be included in your annual Conflict of Interest Report to your management team.
Best of luck… do share any “Out of the Box” tips for managing and reporting conflicts……by sharing we all learn, and really create a Regulatory Ecosystem.

Sturgeon Ventures are the most established Regulated Incubator, a trusted partner and venture catalyst. Providing nurturing and bespoke solutions, also known as a Regulated Umbrella, Regulatory Hosting Platform or a Regulatory Ecosystem.
Sturgeon Ventures, with offices in London, has incubated people and firms since 1999 and has been a family office wealth advisor since 1998 . We have been nominated and won many awards including most recently 4 wins at the ACQ Awards 2017 – Europe, Regulatory Hosting Platform of the year, UK – Game Changer of the Year – Seonaid Mackenzie, UK – Family Office Wealth Advisor of the Year and International Business Strategy Consultancy of the Year; M&A Awards 2017 UK Compliance Consultancy – Start-up Issues and UK Adivsor of the Year – Seonaid Mackenzie, Best Regulatory Incubator 2017 and FinServ Gamechanger Innovation Award 2017 at the Acquisition International Magazine’s annual awards and HedgeWeek Awards Winner 2016 for Best Global Consultant in Business Strategy.
Sturgeon Ventures are proud to have signed up to HM Treasury’s Women in Finance Charter, since the start of this initiative in July 2016 and to contribute to industry publications such as Acquisition International and The Corporate Financier.
It’s founder, Seonaid Mackenzie, has also written a contributing chapter in “Successfully Launching A Hedge Fund In Europe: Practical Guidance For New Managers” on the subject of pioneering Regulatory Incubation.