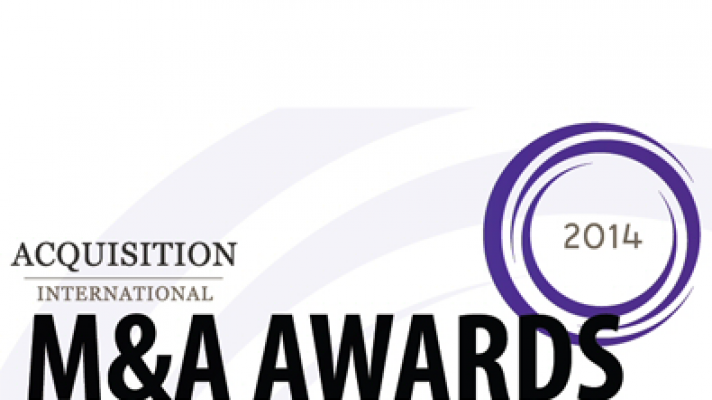 United Kingdom – 12th June 2014 – Winners of the prestigious 2014 M&A Awards, sponsored by UK-based AI Global Media, Acquisition International Magazine and DealFlow Source have been announced today.
Voted for by a global network of expert M&A professionals, advisers, clients, peers and industry insiders, the awards celebrate excellence in all areas of M&A, recognising not only individual deal success but also the firms and individuals behind the scenes whose tireless efforts and unrivalled expertise have contributed to the dramatic increase in global M&A activity over the past year.
The awards are handed out solely on merit and are awarded to only those most deserving for their outstanding work over the past 12 months. The 2014 M&A Awards really are a true representation of a fascinating, competitive and ever-evolving business landscape.
AI Global Media is delighted to present the full list of winners and invites you to celebrate the teams that have shown the greatest strength amid ongoing economic uncertainty.

“This year’s winners are some of the most dedicated, forward-thinking and determined we’ve seen in all our time running these awards,”

“Their insights and expertise have been invaluable to countless businesses around the world and they have been responsible for some of the most exciting and important game-changing deals and developments over the past 12 months. We’re honoured to be able to share just some of their stories with you here.”

To find out exactly who to turn to in the M&A industry and to gain invaluable insight into the working practices of the most successful in the business, visit the AI website where you can access the winner’s supplement.
Methodology
Our winners are determined by three factors, the first of which is the number of votes received. The voting forms were distributed to Acquisition International Magazine’s dedicated base of 53,000+ subscribers.
Beyond this we also have an in-house database of 150,000 individuals, all of whom have been actively involved in some form of transactional activity over the course of the last two years. The second factor is our substantial in-house research. This is a vital stage on the basis that we accept both self and third party nominations. Thirdly, we ask the nominees to supply supporting documents which they feel may cement their nominations – all items we are sent are taken into consideration.

Acquisition International is a monthly magazine brought to you by AI Global Media Ltd, a publishing house that has reinvigorated corporate finance news and reporting. As an editorially driven magazine, its topical news articles make it a highly enjoyable read, and this readability ensures that advertisers will benefit greatly from their investment.
AI works alongside leading industry analysts to ensure we publish the most up to date figures and analysis. Acquisition International has a global circulation, which brings together all parties involved in deal making and in an increasingly global deal market we are uniquely positioned to reach the deal makers that matter. We communicate to our readers not just through the magazine but also through a number of alliances.