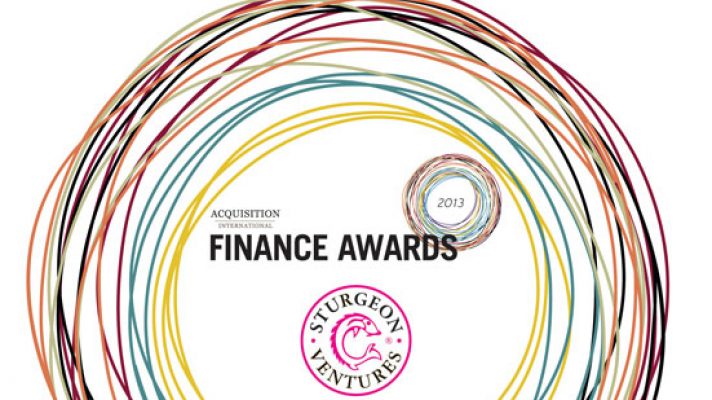 On 21st November Sturgeon Ventures LLP were awarded Regulatory Incubator Firm of the Year 2013 Award from The publishers of Acquisition International Magazine, in their 2013 Finance Awards.
PRESS RELEASE
2013 Finance Awards – Winners Announced
United Kingdom – 20 November 2013 – The publishers of Acquisition International Magazine have announced the winners of their 2013 Finance Awards.
The awards recognise the outstanding achievements of individuals and companies within the finance sector, encompassing everything from insurance brokers and specialist IT providers to advisers on subjects ranging from equities to renewable energy. AI’s Finance Awards identify and honour success, innovation and ethics across international business communities.
AI prides itself on the validity of its awards and its winners. The awards are given solely on merit and are awarded to commend those most deserving for outstanding work over the last 12 months. Our awards recognise leaders in their respective fields and, crucially, are nominated by their clients and their peers.

“It’s clear from our awards that financial services professionals have risen to the challenges of the past 12 months and produced some outstanding work,” commented Charlotte Abbott, Chief Co-Ordinator of the 2013 Finance Awards. “The sheer scale of interest took us by surprise and we’re delighted that the industry has been so determined to recognise its stars.”

This year’s awards recognised over 600 winners in more than 60 countries.
To view the winner’s list read the supplement in full.