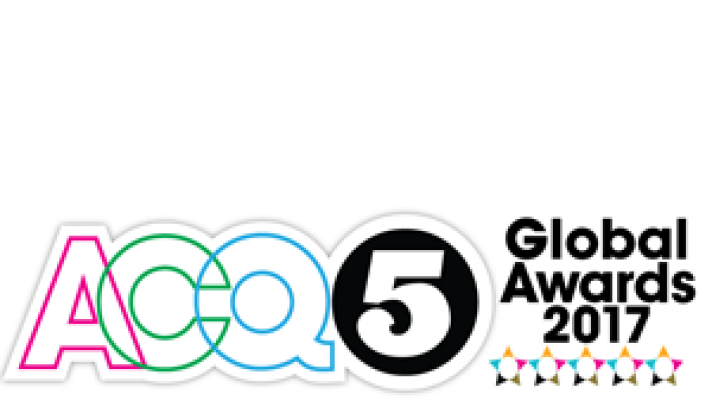 Sturgeon Ventures are delighted to announce that they have won 4 times in the ACQ Global Awards, across multiple areas.
1 Europe – Regulatory Hosting Platform of the Year
2 UK – Game Changer of the Year, Seonaid Mackenzie
3 UK – Family Office Wealth Advisor of the Year
4 International – Business Strategy Consultancy of the Year

Further information on the awards and the process behind them can be read here: ACQ Awards 2017 Information
“…Since 2006, the ACQ GLOBAL AWARDS have been celebrating achievement, innovation and brilliance in their annual awards. Anybody can make that claim, but ACQ really is different. We boast a legitimately independent nomination process, most importantly, our award winners, are chosen by the industry itself.”
To read the ACQ Global Awards supplement
Awards Supplement

Sturgeon Ventures are the most established Regulated Incubator, a trusted partner and venture catalyst. Providing nurturing and bespoke solutions, also known as an Regulated Umbrella, Regulatory Hosting Platform or a Regulatory Ecosystem.
Sturgeon Ventures, with offices in London, has incubated people and firms since 1999 and has been a family office wealth advisor since 1998 . We have been nominated and won many awards including most recently 4 wins at the ACQ Awards 2017 – Europe, Regulatory Hosting Platform of the year, UK – Game Changer of the Year – Seonaid Mackenzie, UK – Family Office Wealth Advisor of the Year and International Business Strategy Consultancy of the Year; M&A Awards 2017 UK Compliance Consultancy – Start-up Issues and UK Adivsor of the Year – Seonaid Mackenzie, Best Regulatory Incubator 2017 and FinServ Gamechanger Innovation Award 2017 at the Acquisition International Magazine’s annual awards and HedgeWeek Awards Winner 2016 for Best Global Consultant in Business Strategy.
Sturgeon Ventures are proud to have signed up to HM Treasury’s Women in Finance Charter, since the start of this initiative in July 2016 and to contribute to industry publications such as Acquisition International and The Corporate Financier.
It’s founder, Seonaid Mackenzie, has also written a contributing chapter in “Successfully Launching A Hedge Fund In Europe: Practical Guidance For New Managers” on the subject of pioneering Regulatory Incubation.